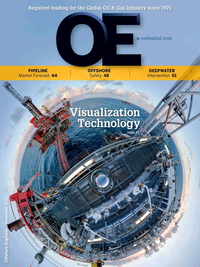 A group of operators in the North Sea is taking a joint approach to barrel chasing through well intervention. Could other regions do the same?

That is according to the Well Intervention Excellence Network (WIEN), a group initiated by Shell Europe three years ago.

Yet, it says, the industry needs to do more to raise the visibility of the value of well interventions. It also needs to share technical experiences among operators within a similar “playing field”, such as the North Sea.

WIEN, whose organizing committee includes Shell, Marathon Oil, TAQA Bratani, EBN (Energie Beheer Nederland), and Oil & Gas UK, is attempting to change the situation through use of benchmarking data, sharing the results, and extending its initiative into other regions.

Results to date indicate a broad range of performance in well intervention activities, suggesting there are opportunities for raising operator and industry performance.

Using 2010 data from 13 companies, that included 2104 wells and 1200 well interventions, WIEN set out to benchmark the performance of well intervention activities in Europe, targeting production optimization and improvements.

All types of well intervention activity were first predefined and standardized. Then, using an independent third party, agreed anonymized performance data related to well interventions from the participating operators is collated.

The data covered: total number of interventions performed during the calendar year; total cost of each intervention; category types; technical success rate for those interventions; and total production contribution during the first year post-job.

To compare performance data, interventions were differentiated as oil and gas wells, and by type of well: onshore; offshore platform wells; wells on normally unmanned installations (NUI); and subsea wells. Intervention techniques were sorted into three broad groups, based on whether they restored production, for example integrity fixes, or if they maintained production, such as through water washes, scale squeezes, or if they generated additional production, for example by adding perforations.

Image: Intervention operations: A sand frac main treatment line from a pumping spread is linked up to the rig floor tie in point on the tree on Taqa’s North Cormorant platform. Photo: Taqa Bratani.

WIEN noted that the diversity in performance among operators demonstrates a significant scope for technical collaboration to raise industry performance.

The highest intensity of well interventions was in onshore wells (85%), decreasing rapidly in the more costly offshore environment, to 38% on offshore platform wells, 30% on NUI wells and 17% subsea.

One of the key messages, says WIEN, is that there seemed to be a strong risk averse culture in subsea well interventions, which showed the lowest intervention intensity, at 17%, the highest technical success rate (96%) and reasonable unit costs (not shown).

The high intensity in onshore wells suggests the industry is more prepared to take risk in trying new techniques or technologies in this relatively inexpensive environment, although the technical success rate was the same as on offshore NUIs, at 66%.

Thus, onshore wells provide fertile ground for de-risking new types of intervention techniques prior to implementing them in the more costly offshore environment, according to WIEN.

Ranking the different types of intervention in the order of unit costs, water washes were found to provide some of the cheapest barrels—in all but subsea wells—and were commonly used. Foam lifting was also quite attractive for onshore wells, on a unit cost basis, but it was not as attractive in the more expensive offshore environment. This technology is fairly new in Europe and WIEN considers it encouraging to see it used in the more expensive offshore environment.

Foam and water washes also had higher technical success rates onshore, being used frequently because they were quick to undertake, despite low gains per job. Offshore, perforating and tubing cleanouts had a low success rate, but when successful they added significant gains per operation.

As a result of the 2010 benchmarking, seven areas of potential collaboration were identified and four areas were eventually selected:

A solution to address identified common needs is being sought, with 11 operators sharing technical experiences and targeting multiple applications within 2-4 years.

3. Use of foam to deliquify liquid loaded subsea wells

Pumping batch foam treatments via umbilicals. One operator had expertise with foam treatments and a number of subsea wells showing initial signs of liquid loading. Collaboration between three operators led to export support in the design of the initial trials on the condition of access to detailed trial results. First trial conducted in 2013 with followup trials identified.

WIEN says the benchmarking so far has meant operators have gained a collective and overall improvement in oil and gas recovery from their wells through sharing what works.

The credibility of the data will increase as more data is benchmarked on an annual basis to identify further technology needs, inform well intervention strategies and support further collaboration projects. Further to the 2010 benchmarking data, WIEN has received data relating to an additional 1167 and 1288 well interventions executed in 2011 and 2012, respectively.

The next step will be further improving results by bringing vendors or technology forums into the technical collaboration projects to fastrack developments and implementation.

WIEN is also encouraging other regions to replicate the initiative, with West Africa the first target.