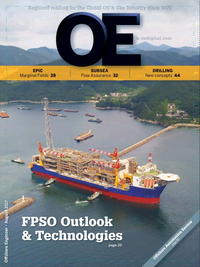 With its remote and harsh operations, mining has similar characteristics to oil and gas exploration. Could the industry learn from mining’s efficiencies? Innes Auchterlonie and Andrew Woodward explain.

We’ve heard a lot about how the oil and gas industry could learn from other sectors. One sector the industry could learn from is mining. The industry operates in similarly harsh environments, remote locations and experiences fluctuating commodity prices, like oil and gas. It also has a long history of operational improvement projects, due to the challenging economic conditions in which it operates.

We studied 26 improvement project case studies, carried out during 2009-2012, by a range of global mining organizations. They included below ground and open cut mines, extracting everything from precious metals and stones to iron ore, oil sands, and copper. We then compared these approaches with current UK Continental Shelf (UKCS) trends. There were similarities and differences.

From a functional perspective, most mining improvement projects focused on contract and vendor management, working capital reduction, materials and inventory management and throughput.

As an example, a copper mine in Australia that focused on the reduction of working capital and spare parts inventory achieved annualized savings of US$9 million, with $15 million in cash release.

We spoke with leaders from some of the major oil and gas operators and suppliers in the UKCS to get some understanding of where the oil and gas industry was in relation to their counterparts in mining in these areas.

Many complained that vendors treated them as cash cows, while suppliers said operators were forcing them into blanket rate cuts. Both views may have an element of truth and have unfortunately led to an erosion of trust and an unwillingness to share risk. In comparison, the successful initiatives from mining focused heavily on win-win scenarios, aware that a strong, responsive supply chain would be key to future success.

The challenges around working in harsh remote environments, coupled with the need to have spare parts at the right place and at the right time, were strikingly similar. Mining companies focused on modeling spare parts requirements and developing processes to ensure stores were properly handled, with shared key performance indicators (KPIs) across the operational organization. Having spares in the right place was viewed as critical to above ground up time and therefore a high priority.

There is no doubt that our industry recognizes the problems in this area. Indeed, Oil & Gas UK launched the Inventory Management Work Group to improve performance. However, the head of Supply Chain at a major stated to the authors of this article: “We have trouble sending the right stuff offshore. When we realize that it’s wrong we have problems sending it back. When it is sent back, we’re often not sure where it’s gone. The problems this causes for projects and maintenance is huge.”

The mining sector has been quite successful in standardizing parts, which has helped their inventory control massively. We realize that with aging existing assets, this is easier said than done, but that’s not all that could be done. Standard naming conventions, location codes and track and trace systems employed in other industries have brought great benefits. Engagement with the supply chain to help find solutions that are broadly applicable will also be key.

The main thrust of the mining projects focused on working practices and staff performance, rather than technology or investment.

Recurring themes were applying lean management principles that carefully analyzed the root cause of each problem, developed a financial business case, designed an improved way of working, and implemented it.

For example, a diamond mine in South Africa focused on improved operator working practice around the maintenance of processing machinery, resulting in daily production figures increasing 15%.

Across the 26 improvement projects, roles and responsibilities for performance were defined, more effective processes with key performance measures designed, and shared targets across the operational organization agreed on. Almost every mining project was driven from the production area, rather than head office and, most importantly, responsibility was given to the actual workforce performing the task. In total, these 26 mining projects delivered $300 million in cashable savings and even more if the cash release is included from a reduction in stocks and working capital.

Here is where the big difference between mining and the UKCS oil and gas sector is clear. While there have been pockets of activity in this area, the main focus for operators has been in the application of technology to solve problems. In fact, a study by business consultancy PwC found that operators prioritized the use of technology significantly over and above all other improvement initiatives.

The use of technology can bring improvement and we should embrace it where it is necessary. However, during our study we found that no operator has undertaken any significant work to understand human performance offshore. In addition, of the 26 mining case studies and $300 million in savings, no capex was introduced and there had been little or additional application of technology. It was all achieved through process improvement and increases in performance of the human mechanism.

Some great advances in production efficiency have been made. Oil and Gas Authority (OGA) figures published in June this year showed production efficiency (PE) has risen for a fourth consecutive year, reaching 73% in 2016, though missing the PILOT (an industry/government task force subsumed by the OGA) target of 80%.

There’s also been significant reductions in lift costs from an average of $29.3/boe in 2014, to $17/boe in 2016. However, it could be argued that a considerable proportion of this can be attributed to rate cuts (43% of UK O&G business reported cutting pay in 2016 (CITY. A.M)), suspended programs (O&G UK noting a reduction in summer maintenance in 2015) and staffing reductions (15% of operator staff from 2014-2016, Aberdeen and Grampian Chamber of Commerce).

We understand that much of what we discovered in mining isn’t new, and much of it plays a part in the long-established operational excellence programs embedded across some of the oil majors, with some success. Yet, many of the principles we’ve described that have had remarkable success in mining and many other industries are still not broadly adopted in our own.

We have to ask ourselves whether we are making real change in how we conduct business that will see a long-lasting reversal of the steadily increasing costs we saw before the downturn.

Innes Auchterlonie is managing director of IMRANDD, an asset integrity consulting practice based in Aberdeen. Innes has an MBA in oil and gas management, having graduated with a distinction from Robert Gordon University in 2015.

Andrew Woodward has a consulting practice specializing in Lean management and production systems.